Back Pain Is Number One 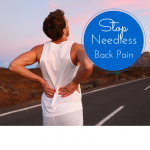 “Back pain is number one cause of lost work days in the United States.” Dr. Andres Cohen, chief of neurosurgery and spine surgery at the Brooklyn Hospital Center, in New York City.

My dad worked in factory some twenty years. Never once do I recall him complaining about it. It was like clock work he’d get up early in the morning even before we kids got up and went to work. Day in day out, year after year. He was a very hard worker always a good provider for us. I never knew dad to complain of pain.

It was not until I was older as a man, that I learned of the many injuries he had at his job. But, he was old school he never complained as he always pushed forward. I really think my dad felt he couldn’t stop working so he worked through the pain. Unfortunately it did catch up to him towards the need of his career he had to get a serious back surgery. You see, over the course his laborious work he developed a few herniated discs…  Rods were put in, but the surgeon tighten then too much that he could not stand straight after the procedure. And what was worse he had more pain than before the surgery. He later told me he regretted getting that surgery…

He never was the same after that surgery. Don’t get me wrong, even with the pain he seldom complained and still pushed forward. But he was in a lot of pain. He was easily irritated, couldn’t sleep well due to his pain. There was a time that he would pop pain-killer like candy but did very little to easy his pain. It would take him about 20-30 minutes just to lay flat in bed. And to get out bed was just as painful. Dad was like this for a number of years even after the rods were taken out! Hi still did couldn’t walk upright and the pain only got worse. I really don’t know how he put up with so much pain for so many years.

As I mentioned early I really did know that he was undergoing this much pain. His back surgery was in the fall of 1996. And he was like this till 2006, I say that because that was when I started to learn SET or Structural Energetic Therapy. I couldn’t learn this stuff fast enough, I had to find a way to help him. As a massage therapist and reflexologist I did the best I could to easy his pain, yet while massage and reflexology helped, it’s wasn’t lasting relief.

It was not until I leaned cranial structural soft tissue release, which is the first phase of SET training that my dad finally stood upright and not hunched over anymore! The other thing was he had a burst of energy, so much so that he went to work in the backyard! Finally he was getting relief from his back pain. As I progressed though my studies I would keep working on him to see how much could be accomplished with him. Two years passed until I finished my training but to our surprise SET was the KEY of helping him get out of pain. It was a turning point in our lives. Dad now had some hope of not having to living in constant pain.

Since then, it has been my mission to help as many people who suffer from lower back pain. It really pain me to see so many people suffer needless with back pain. If only they knew about SET and how much it could  make a difference in their lives…

You may also enjoy reading: What is SET?

If you know some so suffer from back pain please share this post with them or leave me a comment on what you think of my dad story. 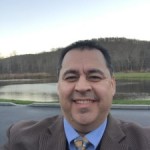 Tags: back pain, back surgery